This week I am looking at another classic film you probably have never heard of, I know I hadn’t.   The film is called Vicious Lips and is an hour and seventeen minutes long with the credits. 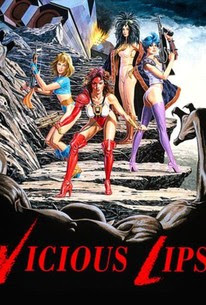 The film’s plot is that the owner of the night club Radioactive Dreams on another planet needs a new band.  A promoter is given the job of getting a new band to the club on Jupiter in the next 24 hours. The lead singer dies in a hit and run and so he also must get a new singer and get this all done and get them to the club in 24 hours or the owner will kill him.

The movie is kind of a rock opera with some catchy 80’s rock music from the band Vicious Lips and a lot of random alien scenes that make no sense, at times it feels like I’m watching an adult take on Alice in Wonderland or Dorothy in OZ with random musical numbers.  The film also feels like it is full of filler so that they can pad this out to feature length and it is barely over an hour long when you take off the credits.

This is going to be a short review because there isn’t much to say about this short film.  The Actors didn’t do much before or after this film, the only person who is still going is the writer and director Albert Pyun.  I now know I have seen two of his films, when I was a kid I saw all Three Captain America films and Albert directed the 1990 film with Matt Salinger as Captain America and Ronnie Cox and Ned Betty were in this film. 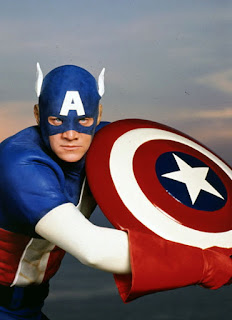 But back to Vicious Lips the title of the film is the name of the band and the lead singer is called Ace Lucas and she is wanting to leave the band and Buddy Asher the promoter begs her to stay and she walks off screen and we have a sound effect of a car crash and she is now dead.

Buddy now needs to find a new lead singer so turns around sees a poster for Solo High school talent show and the one and only person he sees is a girl who when she sings at the talent show sounds like a man, her name is Judy Jetson, I’m serious.

The rest of the film is about Judy integrating with the band which doesn’t go well and their journey to Radioactive Dreams night club on the planet. They crash on a desert plant called pleasure planet Inc and there is a creature that takes many forms of other people and things it seems to be tormenting the girls in the band especially Judy, I think it is meant to be a reference to the Thing and Alien, but It reminded me of the polymorph from Red Dwarf.

They get off the Pleasure plant Inc and make it to the nightclub on time and perform after being introduced by an aardvark looking alien host and that is the end of the movie.

Like I said not much to this film, at one time it appears that the movie is just a long dream sequence and then it isn’t, we then end up at the night club.  It is very forgettable as a movie though I will say the lighting and cinematography is better than Nightmare Weekend and the music is great and very catchy the band is kind of like a more hard-core version of the Cherry Bombs from Howard the Duck.

I wouldn’t recommend it for the plot or characters, but you could have it on in the back ground of a party just for the music and weird visuals.  If I want to watch a rock band movie, I would rather watch Spinal Tap because who doesn’t love to have the six-finger man with his amps that go to eleven like his fingers.

Remember folks, be careful what you watch.