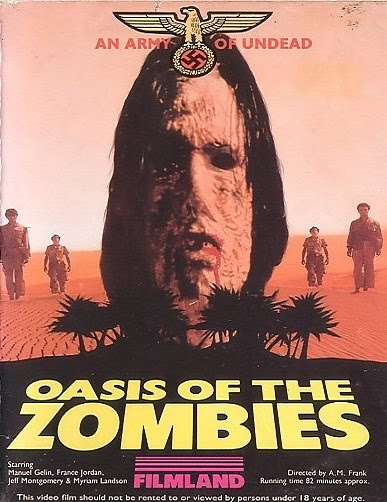 Unfortunately, this is not the first time I have watched this film.  I watched it over a year ago and swore then that it was the worst film I had seen and would never watch it again.  As the Bond title goes Never say never again.

So why, you may ask has it come to this, to sit here and watch this movie again? Why to review it, of course.   A lot has happened to me over the past few years, and my writing was the first thing I stopped doing and I am working on regaining my creativity after a few years of being depressed. But please don't worry it wasn't this film that caused it.😉

Hopefully this review will not be as boring as I felt the movie was the first time I saw it.

Supposedly the plot of the film is: An expedition searching for treasure supposedly buried by the German army in the African desert during WW II comes up against an army of Nazi zombies guarding the fortune.

I really enjoyed Dead Snow, so based on that plot I thought sure I'd enjoy this, so I said go ahead sounds like a silly horror film.

Movie starts with an orange Suzuki 4X4 driving though the desert to an Oasis, to some awful incidental music that sounds like the musicians have given up before the movie has even begun.  We have two young women in tank tops and very short shorts and no bras, who decide to go for a walk around the Oasis.

We hear the weird noise again and get a shot of a spider and the blonde girl runs off.  Then like at the end of Carrie, two hands appear from the ground and grab the blonde girls legs she screams and the brunette comes running and is also grabbed by the zombies.

At 4 minutes into the film with have the opening credits, with more awful incidental music, over a stock image from Egypt I think.

We are introduced to a big burly guy and a girl, he leaves her in the car to smoke while he goes up to talk to someone, we see some war medals on a table and see a man with a mustache asking the burly guy if his research is accurate and we get the back story of what happened in the Oasis.

Basically, some Nazis had six hundred Million dollars in gold, they were intercepted at the Oasis on there way somewhere and a legend states their ghosts guard the gold.  Your classic Gold Curse seen in many movies including  Pirates of the Caribbean .

Once the Mustache man tells the Burly guy exactly where the Nazis were intercepted, the burly Guy kills him using a pen with a secret knife in it and takes the map.  I guess Mustached guy didn't know that you should never divulge all the information when someone asks, when it comes to treasure, it will always lead to your death.  we are then introduced to Mustache man's son Robert in London who gets the news his father is dead and needs to go the Africa immediately.  The dubbers don't even sound that interested in what they are saying.

It appears that Robert arrives in Africa and reads thorough his dads war diary, lucky that he reads the exact part of his fathers diary to tie up what happened to his dad and the Nazi gold mentioned earlier.  Like in the movie House we get a flash back to WWII, this flash back.  The British Army led by Roberts dad ambush the Nazis in the Oasis and killed them. It is a great action scene and works well but then Roberts dad walks off to the desert and nearly dies but is found by locals who rescue him and care for him.

I think the person doing the music for this film was asleep on the keyboard, it's kind of like how a yawn is contagious the sound of music played by a sleeping musician makes you want to sleep and yawn.  😴

Mustache Man (Roberts Father) falls in love with the daughter of the man who saved him.  After the father tells him the oasis is cursed and to not go back there he goes for a walk in the desert with the daughter and she gets naked and they kiss. thankfully the son is reading this and his narration kicks back in showing us more WWII desert battles and repeats of earlier shots.  We find out the girl died giving birth to Mustache man's son.

OK, when he started reading the diary, Robert was on his own, now he appears to be surround by College friends and has been telling them the story. I'm a bit confused I thought he had gone to Africa but he hadn't, he was still in college, he had he fathers war diary and figured this was the time to read it sure dad dies I should read his diary and then persuade my friends to go in search of treasure in the African desert.

Finally the Burly guy is back arriving at the Oasis  with the girl and another couple of blokes, they set up camp, the two blokes talk about taking the gold they find and keeping it for themselves and decide to walk around the Day for Night Oasis.  At last we see a Zombie at 34 minutes into the film and it looks hilarious.

I know zombies rot but surly after 40 years both eyes would have gone not just one or is this a relative of One Eyed Willie from Goonies?   It doesn't even try to eat either of the men it strangles the loud mouthed one while the other is attacked by three zombies.  The zombies then turn there attention to the tent and the burly guy come out, sees them and shoots at them but it does nothing the girl pops out screams and is grabbed and eaten by the zombies while burly guy runs off to the truck to escape, but a zombie on the back of the truck bites him before he drives off.

We get some very dodgy shots of the girl being eaten by the zombies, of course her clothes have been ripped off, it looks like they are eating something very private.😜😜

Robert and his three collage friends arrive in "Egyptian" Town in a 4x4 and one of them is wearing a fez and the car is full of boxes with CAMEL written on them, that is the first thing I do when I travel buy a ton of CAMEL cigarettes, no wait that is what you do at the airport on the way home, perhaps this was all for the production crew.

Before doing anything the college kids must shop so here is a boring pointless montage of shopping. then them walking through the town while everyone stops to pray.  they bump into a couple of blokes filming who happen to then take them to a sick man and you guessed it that would be the burly man who was bitten, talk about a lucky coincidence.

Everyone watches as the burly man stumbles around the grounds of the house he has been treated at he falls on to some hay and and Robert shouts at him asking him where the Oasis is and calls the Burly man Kurt, but Kurt dies unable to tell them anything.  the locals tell Robert and his friends that he met the walking dead.  If only I was watching that show, i might be more interested.

The locals burn the body on the haystack the men filming from earlier film and ask why and apparently if you don't burn them they come back.  So good to know Fire stops Zombies coming back and I though a bullet to the head would do that.

Nearly an our in to this film and Robert finally does what he said he would do over half an hour ago and that is go to see the sheik that looked after his father and whose daughter had a son.  The Sheik explains that Robert is his grandson, which no one could figure out from the flashback (DUH!), and he tells Robert where to find the Oasis even though earlier he said it was cursed and that no one should go there.  The sheik must truly hate his grandson to send him to his death by zombie. 😩

The people filming that they met earlier got to the Oasis before they did and have been killed, lucky sods there is still over 20 minutes of this film and I am finding it hard to keep going I just want this to be over.   One of the men that were filming survived and says the following  "Zombies, the living dead they came out of the sand out of the sandwiches" he then collapses they take care of him and the girl who was apparently unconscious and has a minor scratch on her face and they all start digging around the oasis still trying to get the gold.

We have a gratuitous sex scene between the girl and one of Roberts friends while another stands in the Oasis watching and we start to see he Zombies rise and attack him.  Please end already and can the sound guy please stop playing with the wooden fish instrument that was in every music class at every school I went to,  it is so annoying. 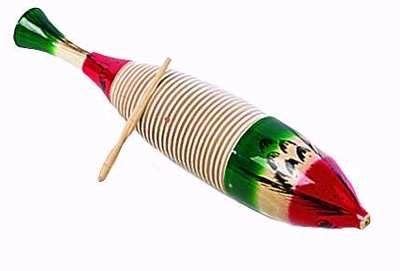 The film guy tells Robert and his girl that the only way to stop the is fire and to hold out till dawn.  daylight didn't bother them before as at the start they attacked the two girls during the day.  make up your mind movie.  Robert and his girl and film guy get full and pour it around and ignite them and Robert and his girl survive his grandfather the Sheik turns up and asks did you find what you were looking for and Robert says "I mostly found myself" yeah right, whatever.  The movie finally ends with Robert ad his girl going with the Sheik

I still hate this film, it is boring there are no characters or Character development, so much so we don't find out peoples names except Robert till they are about to die or are dead.  There is nothing good about this film the dubbing is weak and feels like the actor are as bored as I am watching this film, like I've mentioned the music is woeful and adds to the coma inducingness of this film.

I would not recommend watching this once let alone twice, it does not get better or funner, Beetlejuice would be bored, I would rather watch the Exorcist or Rosemary's baby multiple times and I thought they was slow and boring, but in comparison they are anything but.

Till next time be careful what you watch 😱😱😱
Posted by SciFiGeekSarah at Sunday, January 28, 2018 No comments: